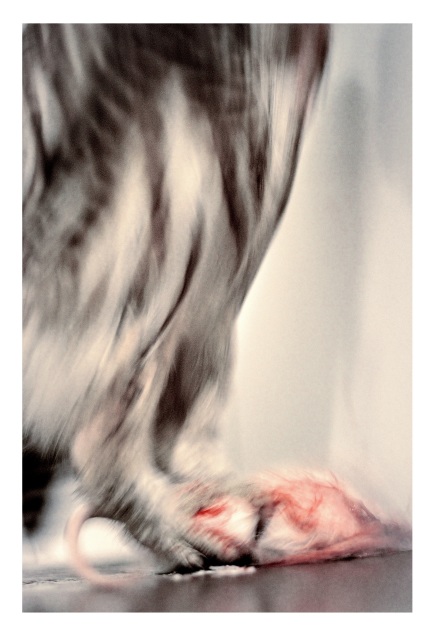 Buy Now
Facing Page:
Our voyage to the North after packing up our home in Bangkok was made via train. I had initially been kicked off the train after being responsible for delaying its departure, well, not me personally, after Jan Khria, our Royal Python of 21 years was discovered in a bamboo fish trap; a discovery that brought a whole lot of police out of the woodwork, demanding that I take her off the train. When the train finally did pull out, neither I nor Jan Khria was on it. I lightning fast taxi ride back to our empty arpartment where I hung Jan Khria in the bathroom with enough water for several days and back into the awaiting taxi for a race to the station at Don Muang where I knew, if we made OK time, that I could reconnect with the train, laboriously slow that it was leaving Bangkok. I made it with less than two minutes to spare. The supporting image (left) taken the following morning in our first-class sleeper. Luckily Matisse had stayed quiet while the police were in the cabin the night before. So had Tingueley, Frida, Jarrah, and their two younger siblings, but that is another matter best left for another time.