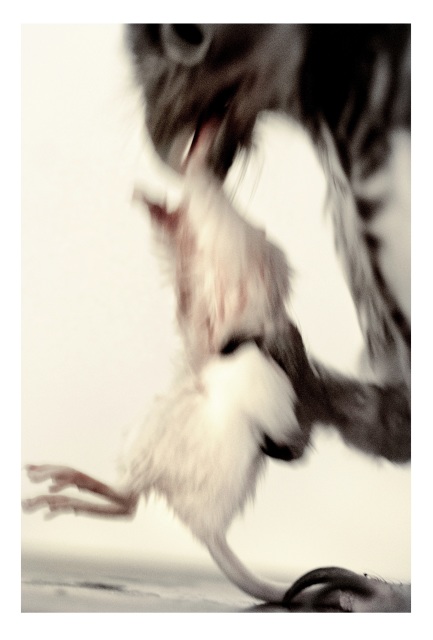 Facing page:
Matisse on a tree-stump in our garden, Chiang Mai.