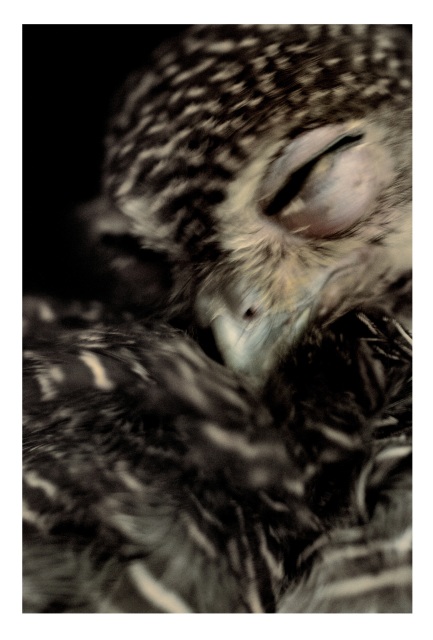 For nigh on eight months during 2014, my wife, daughter and I nursed a dying young owl back from the brink, sharing special moments and the occasional croissant that he was wont to swoop down and pluck from our breakfast table. We had to remain ever vigilant as he had free reign of our Chiang Mai home. Our fondness for him grew in tandem with the white encrustulation of our furniture. After several outings during which he would gradually fly higher and farther, he finally flew off with a flurry. We would often hear owl calls during the evenings, but Matisse never returned

Facing page:
Matisse drying out in the sun after a thorough washing on day one.