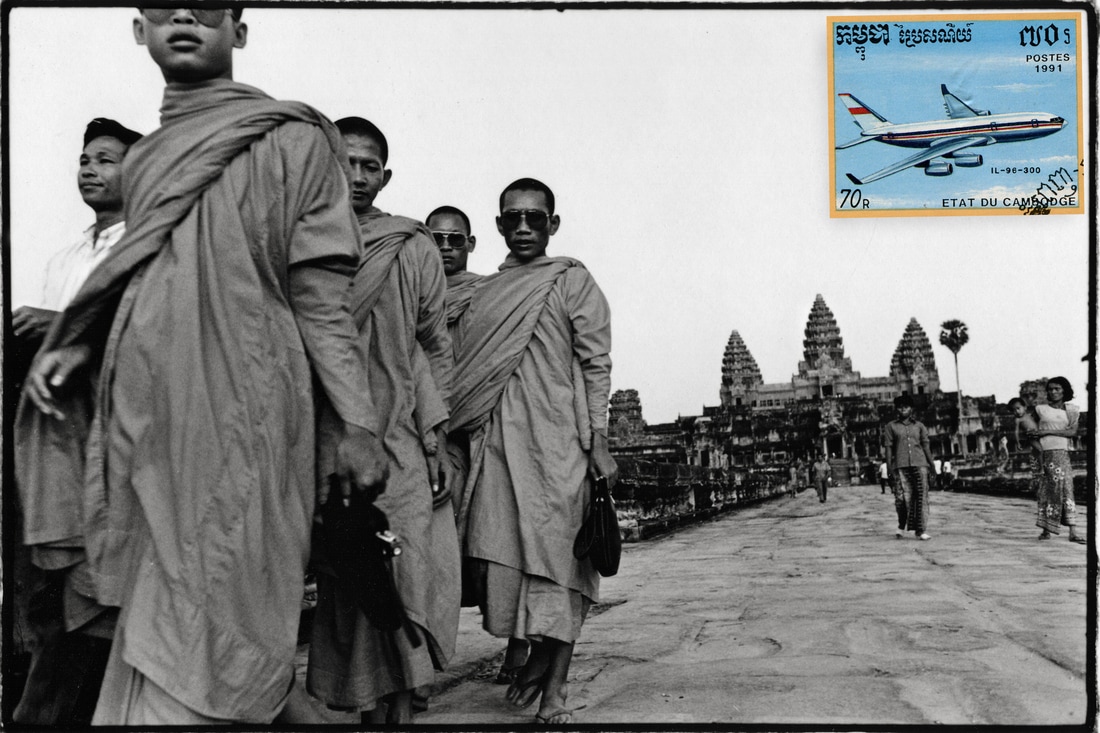 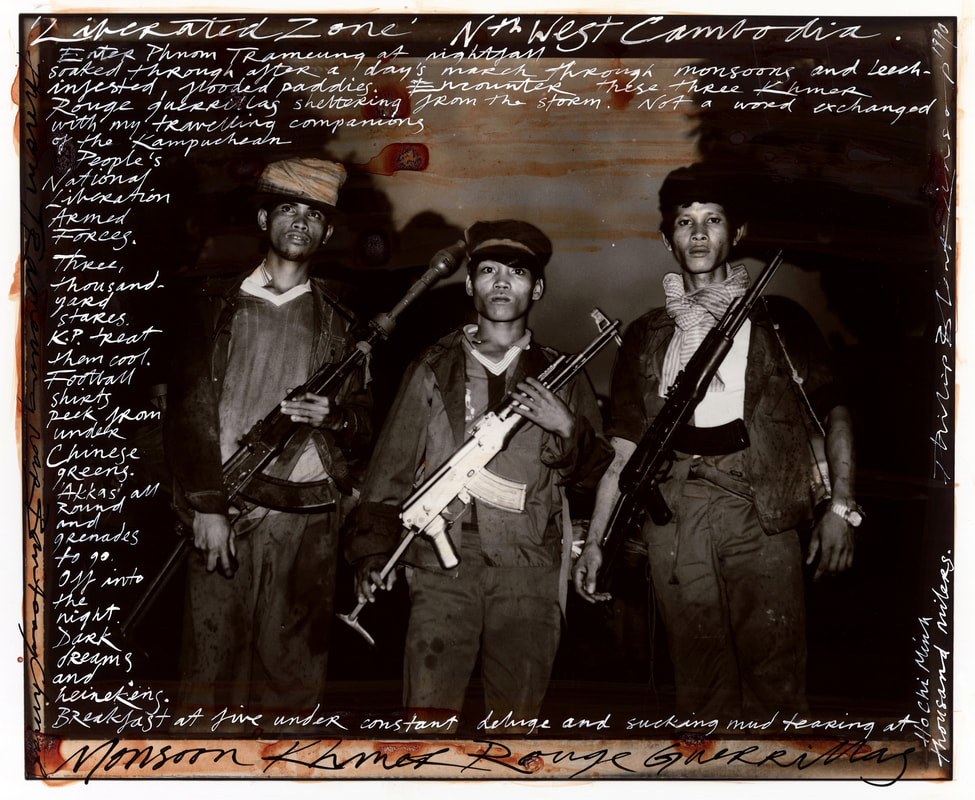 Khmer Rouge Guerrillas 1990
Dusk creeps up on us curling around the hills and over gullies of scrap metal, buckled carriages lying motionless below, "Pol Pot's doing", and fire flies, like scores of chain-smokers wandering in the blackness, hang in our wake as we cross more water and pull into the station. Pouthisat at nightfall. West of the Tonle Sap. Gladly accept an offer of a camp bed in the local school-master's office.
Voices and torches close to midnight spell trouble and the foreign-affairs department interpreter says his boss wants to know how I got here and where is my guide and why aren't I in the government guest-house with all the other journalists who have come to report on the withdrawal? But it's late and he'll wait 'til morning to get the story. I must go with them and stay with everyone else.
Fixed breakfast and question time over a Nikon'n'Sony-Pro-rash-blotched table with the same advice echoing from the mouths of eavesdropping press-people. "You should stay here like they say and wait for the Vietnamese parade at eight."
The Government man baulks when I say I have no money to pay for his driver and guide and for the first time we understand each other. He has a guy with a bike take me back to the train station. Battambang-bound and I leave the press-pack waiting for the festivities.
Two hours of the same green paddies later we can see the first vehicles trundle past on a pock-marked route 5 and the only thing I have to offer as a parting gift to an officer that commandeers a step-through to take me into Moung is a cheap and clogged-up Chinese fountain pen which he adds to his breast-pocket with a smile like he'd just gotten another stripe.
In town the welcome is rousing. As the only 'Barang' to have made it to their send-off party, my efforts at blending to the crowd are doomed. Beaming Ray-Banned provincial heads grab this token 'whitey', introducing him as a VIP from the foreign press corps which brings howls of delight from the surging crowd that spills over the entire road, blocking it in an effort to see me better. 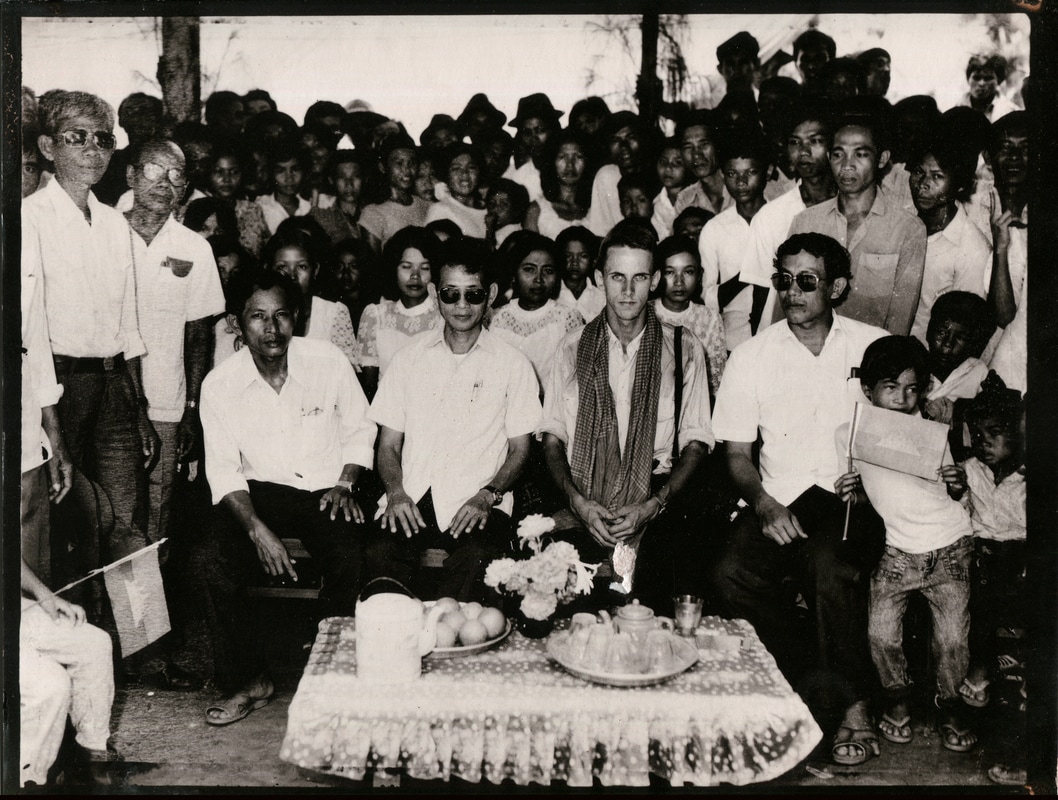 VIP welcoming committee. Moung. 1989
The tea keeps coming while the military police strip leaves from springy branches and whip the legs of children and adults alike in an effort to keep them at bay while local photographers click us for posterity.
​They've got the whole reception planned but it's time for me to leave. With gifts of oranges tied carefully into my kramar it's up on to the slow-rolling runner-board of a Vietnamese truck as it passes the roadside marquee, it's labouring engine slowly but surely drowning out the cheering Khmers we are leaving behind. Red dust swallows us.
Swallows us up and shadows us all the way to Pouthisat, where the press have long since been relocated, and beyond some clicks short of Krakor.
Black'n'blue all over. Pot-holes, ridges, legs wedged 'tween bars and planks; not easy hanging on. Wait, wait for it, another bruise and a sixtieth of a second later, wind and dust screaming in my face, sun laughing a wicked laugh and impatient Viets crowd 'round bucket-blue'n'sloshing sodium sulphate over all and in helmets. Smelly, it bleaches and burns, stinging and red dust'n'mosquitoes stick to flapping-in-the-wind emulsions. Another pothole, swerve, spill more. Fingerprints and neg into the bucket for who knows how many hours too many. They're smiling again. Don't let go of my legs, I'll die if we brake. 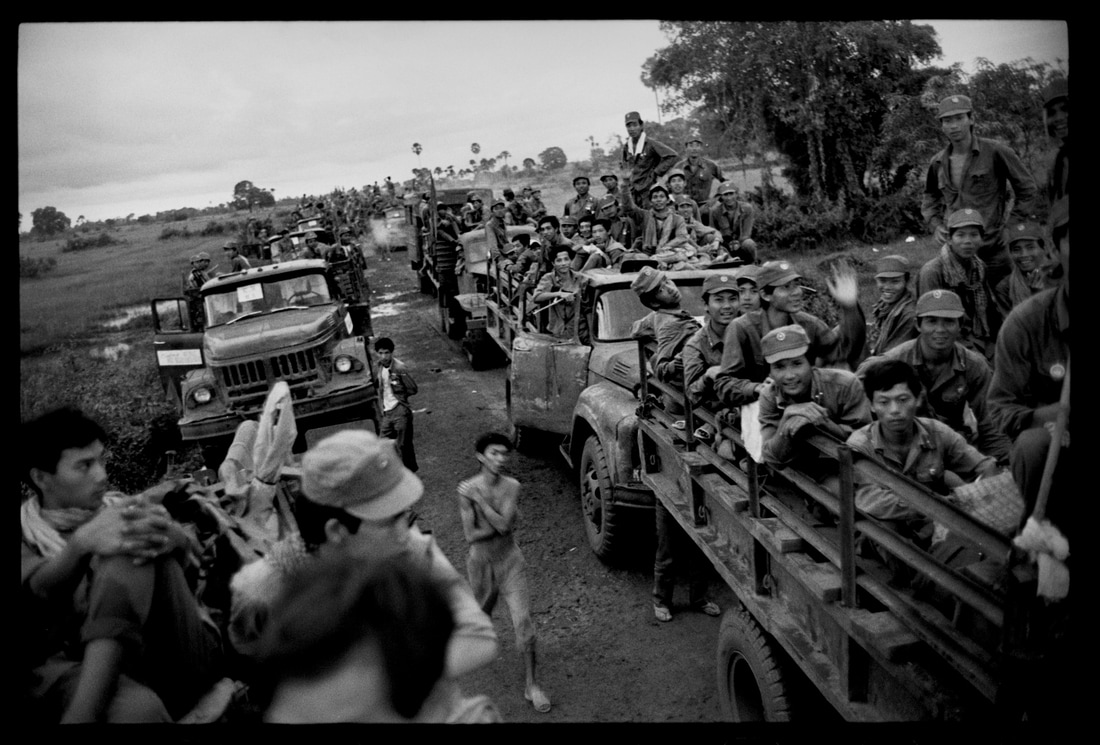 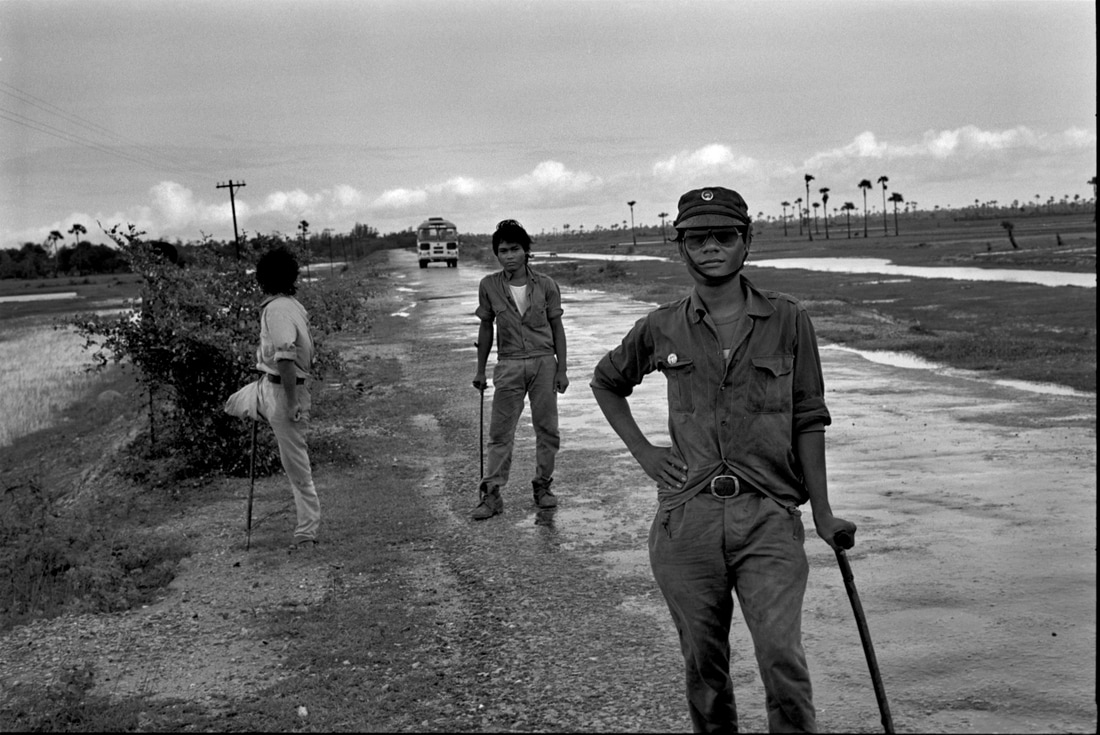 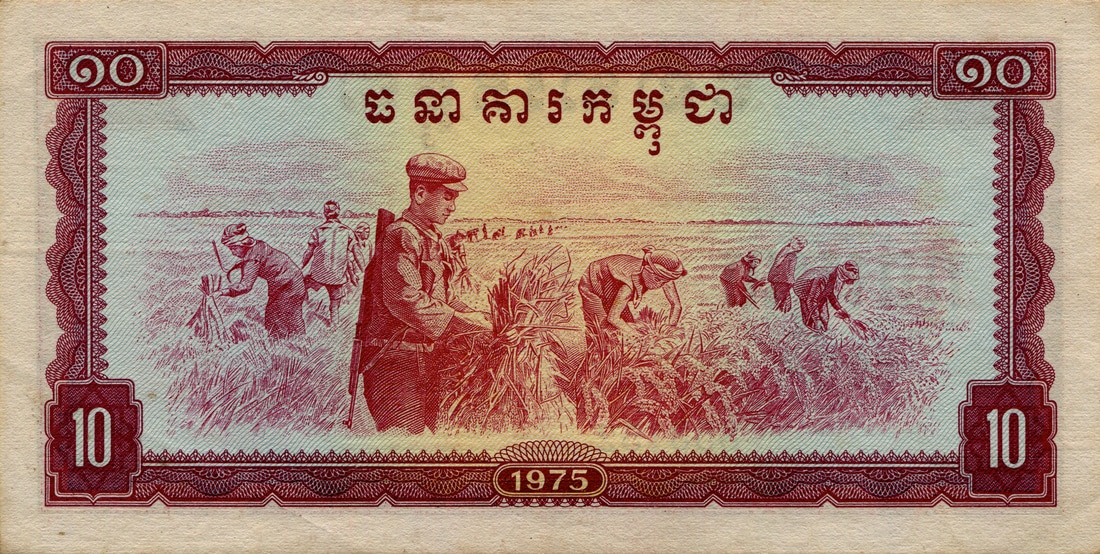 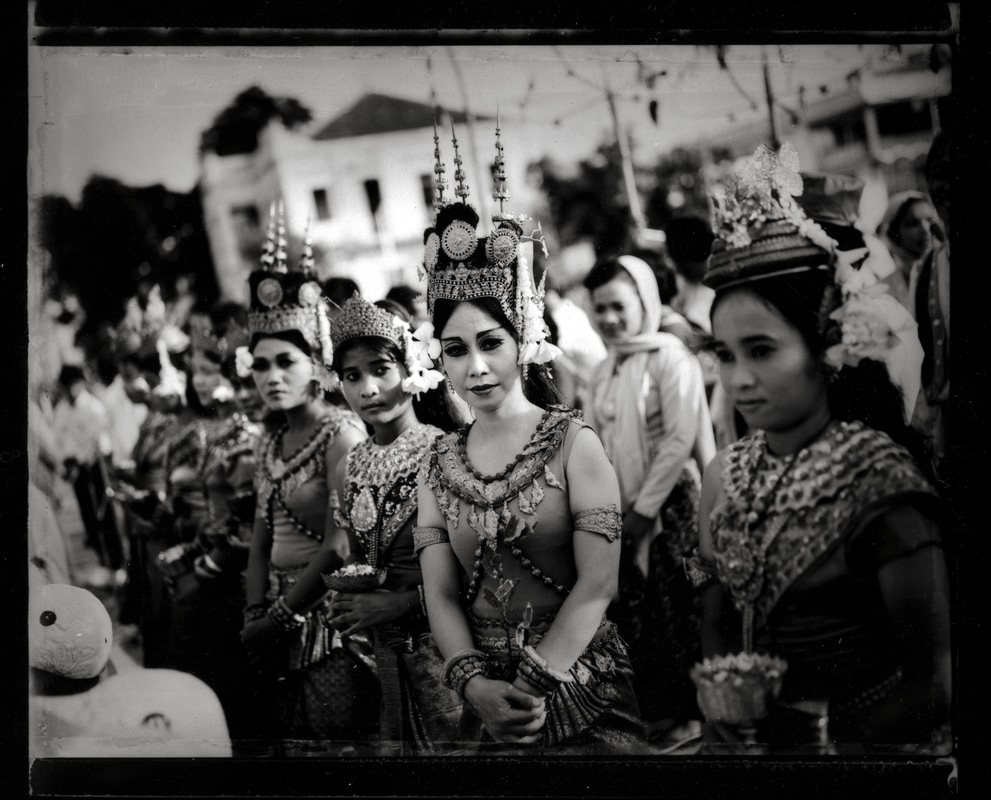 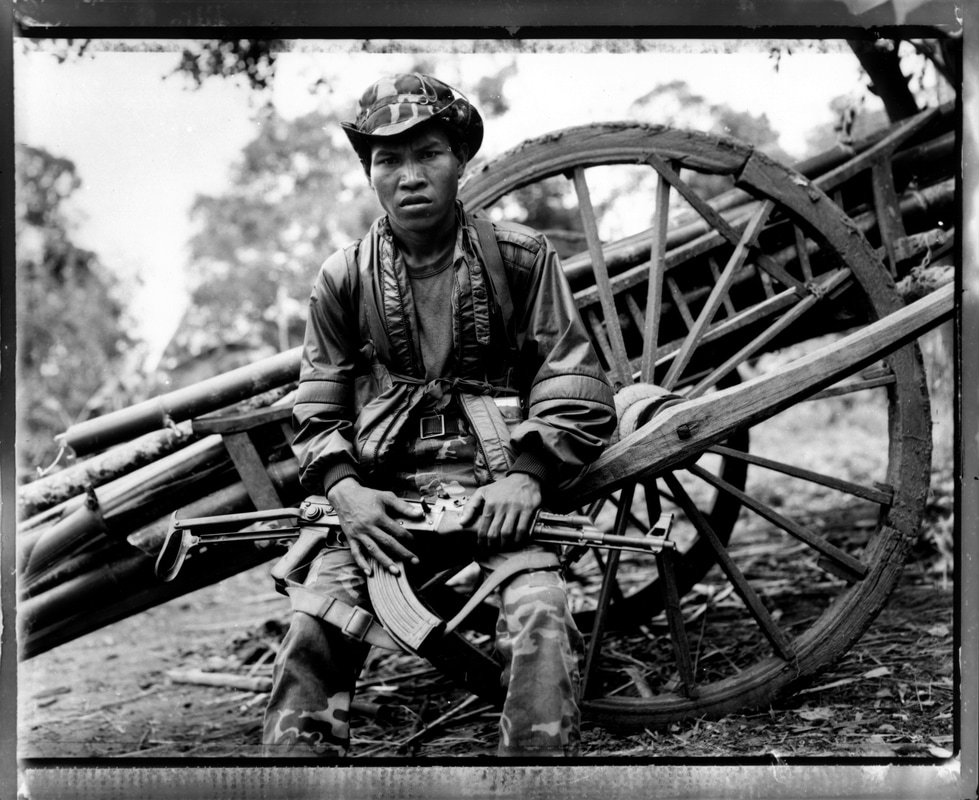 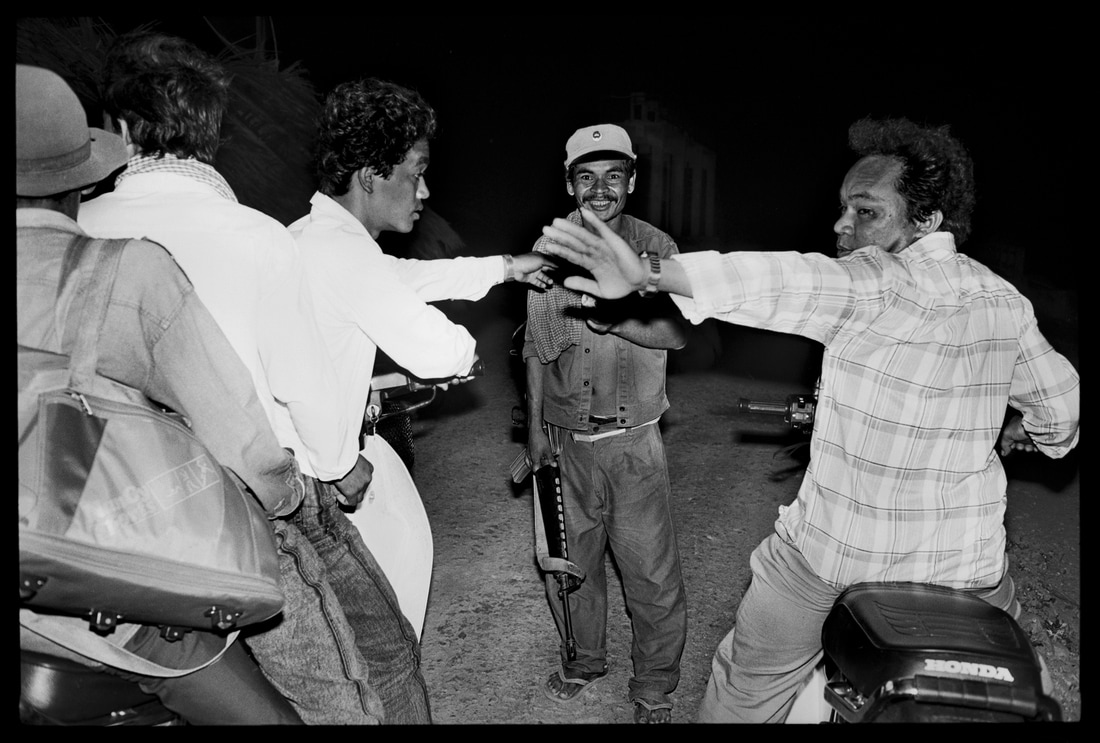 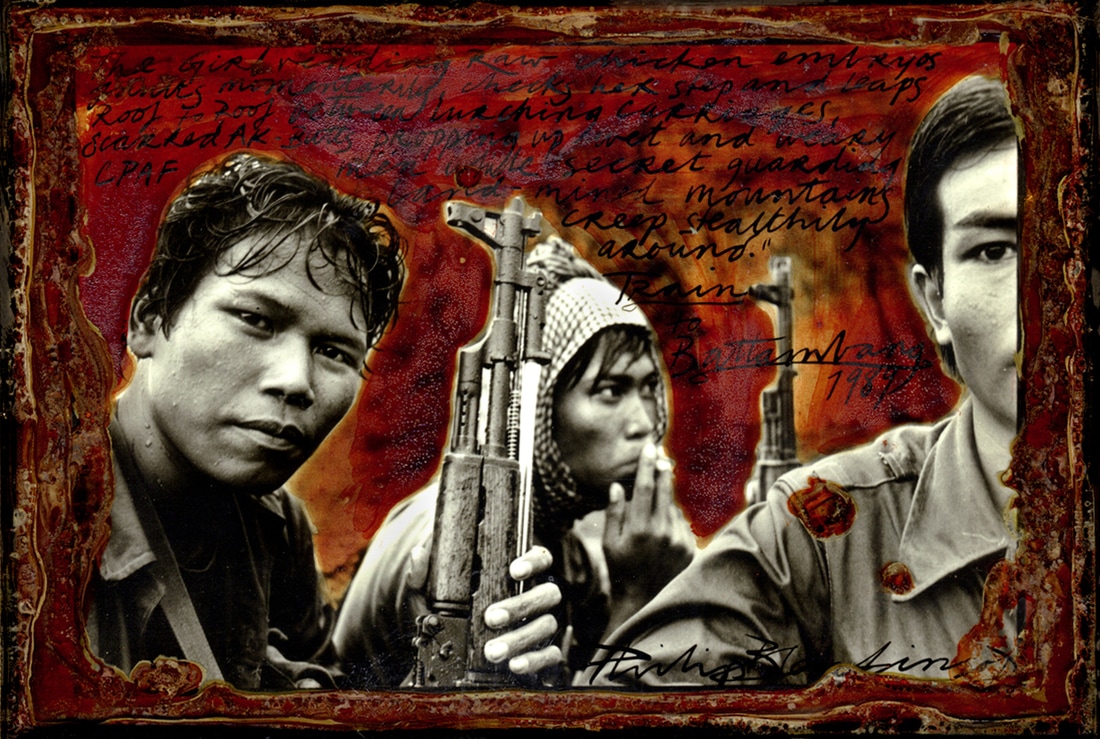 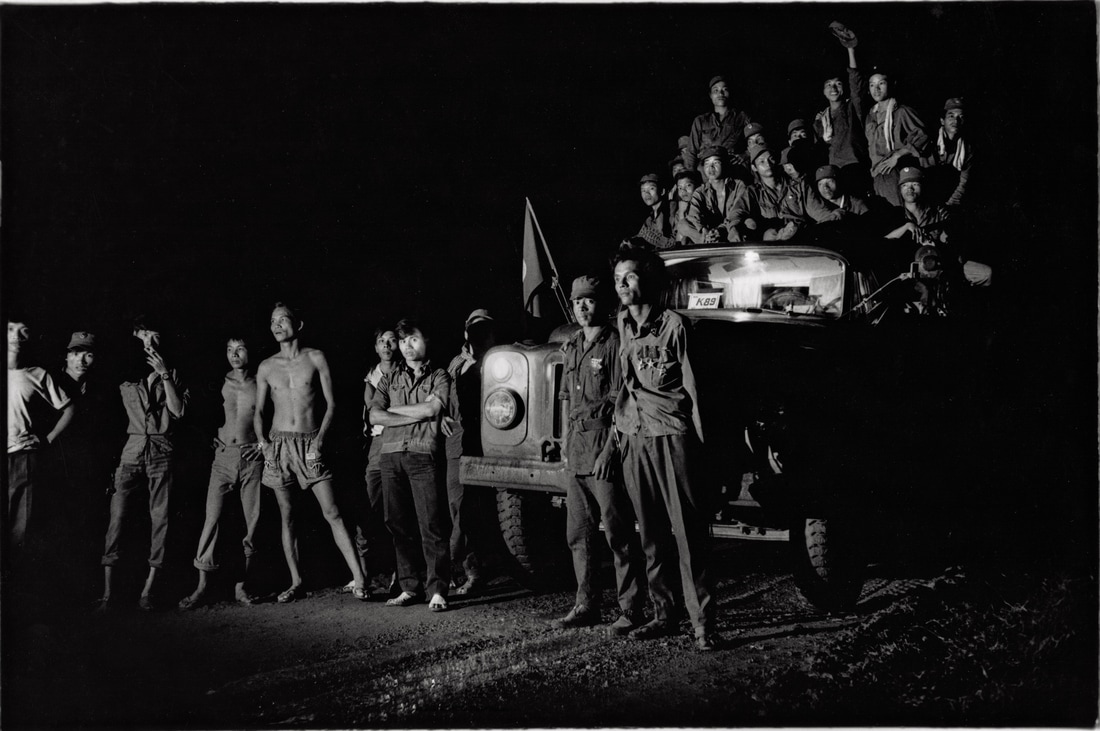 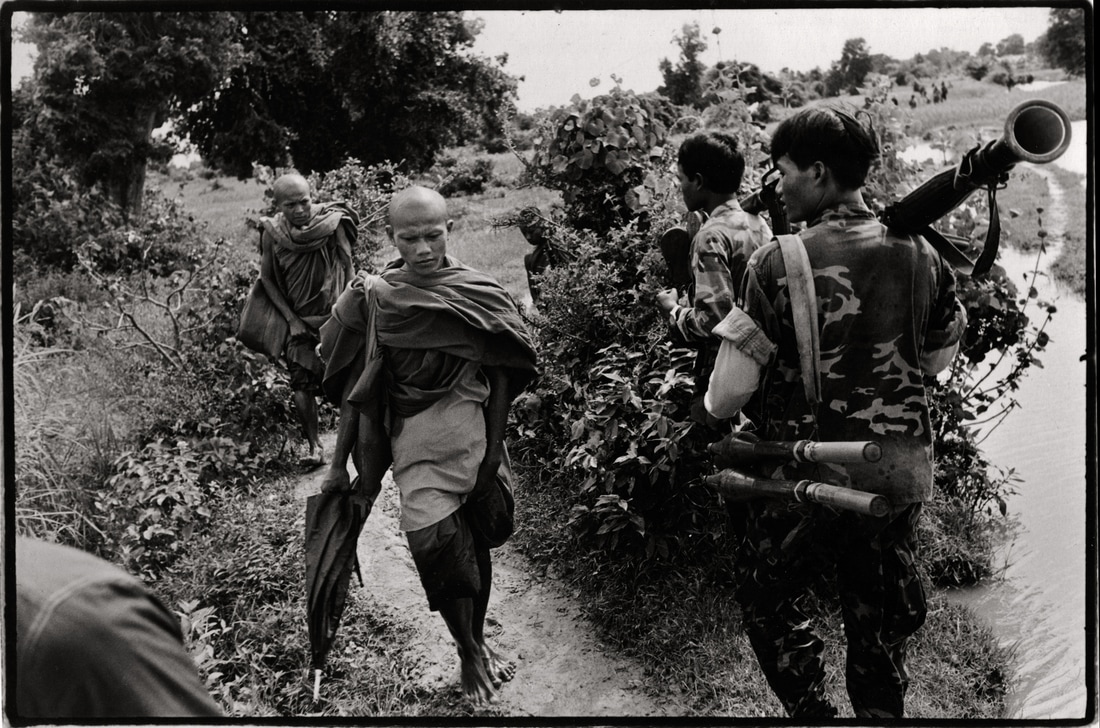 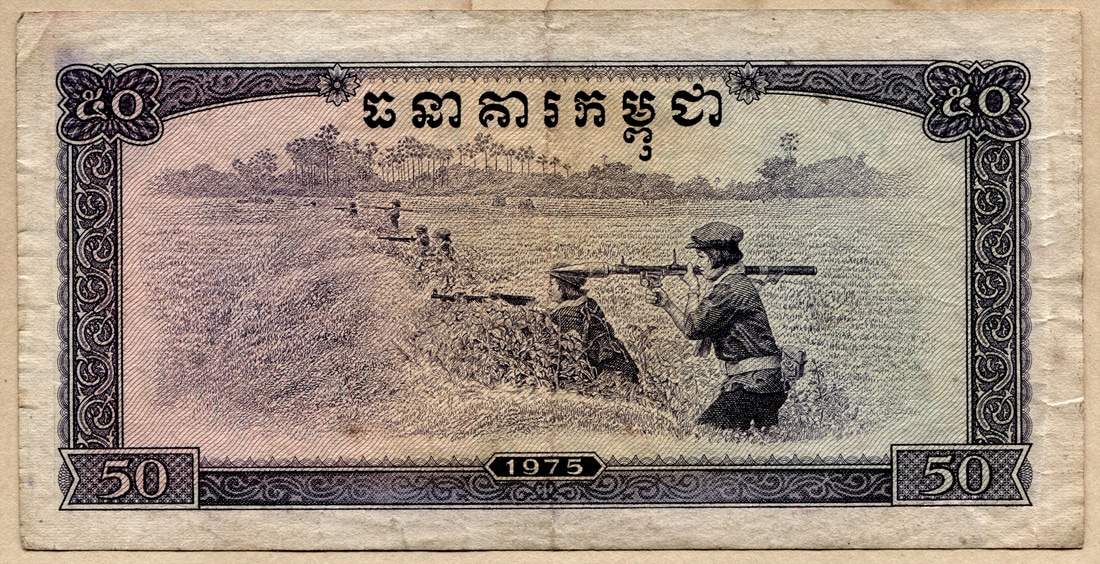